Learn more about the Shared Micromobility Pilot Study and participate online at GJSpeaks.org.

The City is conducting two virtual listening sessions where attendees can learn more about the pilot study, ask questions, or voice concerns. Interested community members will have additional opportunities to learn and engage in the pilot study. For more information, contact the City’s Community Development Department at micromobility@gjcity.org.

An ordinance related to micromobility in the city is tentatively scheduled to be considered at City Council’s regular meeting on July 20 following a public hearing. If adopted, the City would issue a Request for Proposal (RFP), allowing for interested micromobility vendors to submit a proposal for a one-year pilot study within the city. 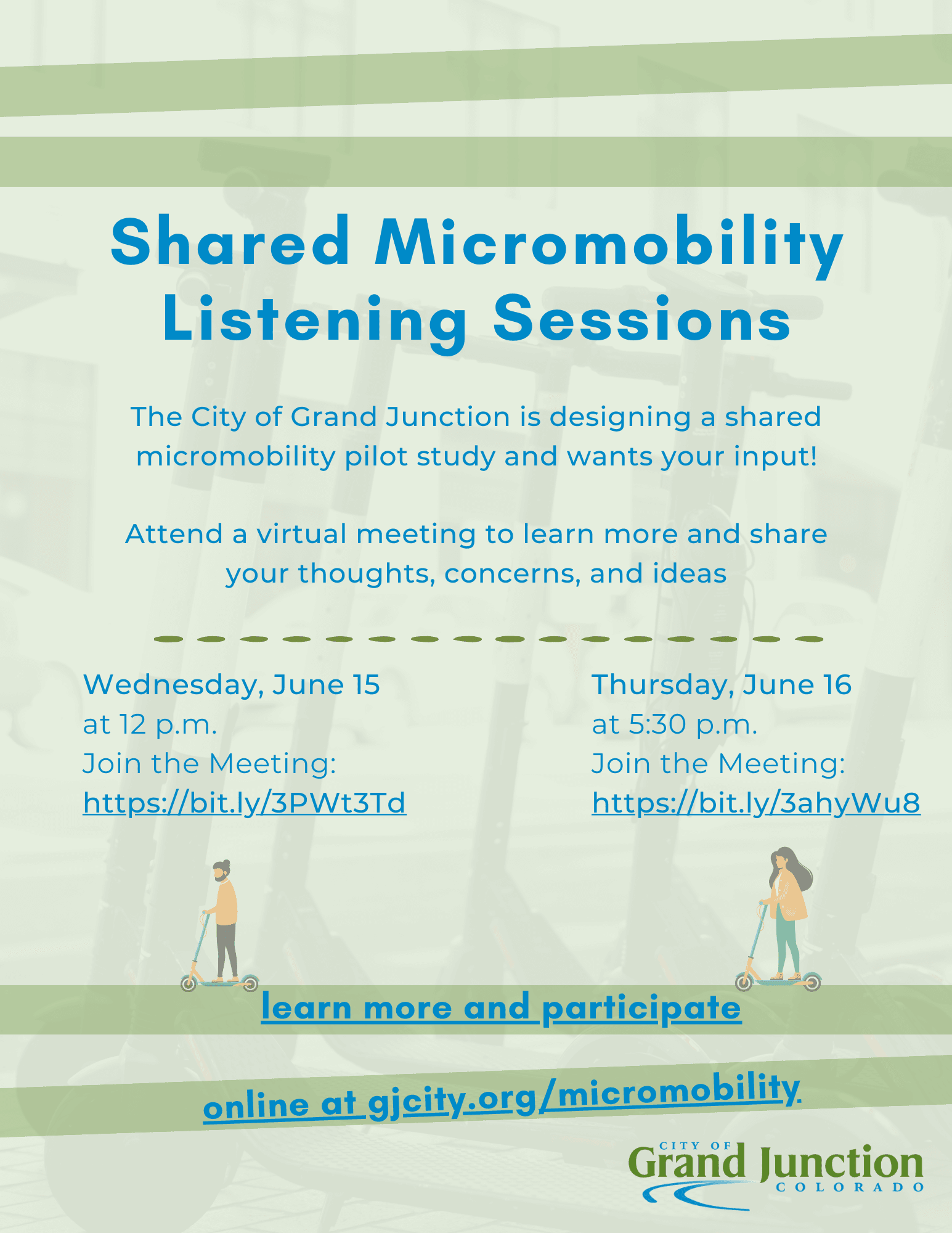